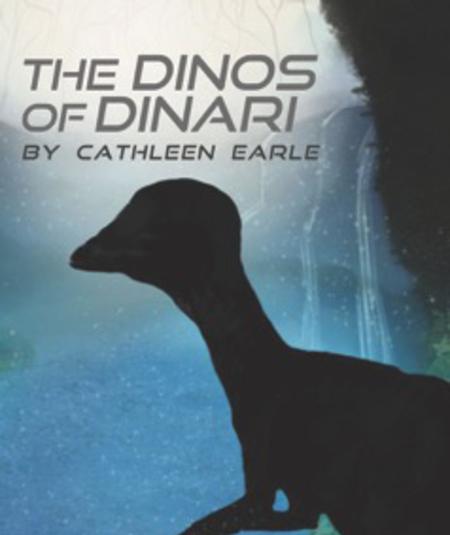 Marza and her friends have been cheated of the glittering high-tech life they should be having on Nexor; instead, they're stuck on the planet Dinari, in a brand-new colony – stuck with grueling work quotas and a lifestyle devoid of the usual teen fun. No game palaces, no dance parks, no amusement yards. Not even a nearby space station – so no freefall sports!

They know just who to blame: their parents.

But Marza likes a few things about Dinari. She loves super-speed blasting on the sand dunes. And she especially loves watching the “dinos,” which look a lot like miniature versions of those prehistoric Earthly giants.

Then Marza's life is turned upside down—literally, as well as figuratively. After she has a blaster accident, she tries to ignore a mystery—Who saved her?—and she tries to ignore the feelings she has for a boy on her work detail—After all, he has no interest in her, it seems!—but she can't ignore the fact that humans shouldn't be taking over the dinos' planet. Her family doesn't get it, the other colonists don't get it—Gok! Not even her friends get it!—but Marza has to do something to save Dinari for the dinos.

Order The Dinos of Dinari on Amazon!